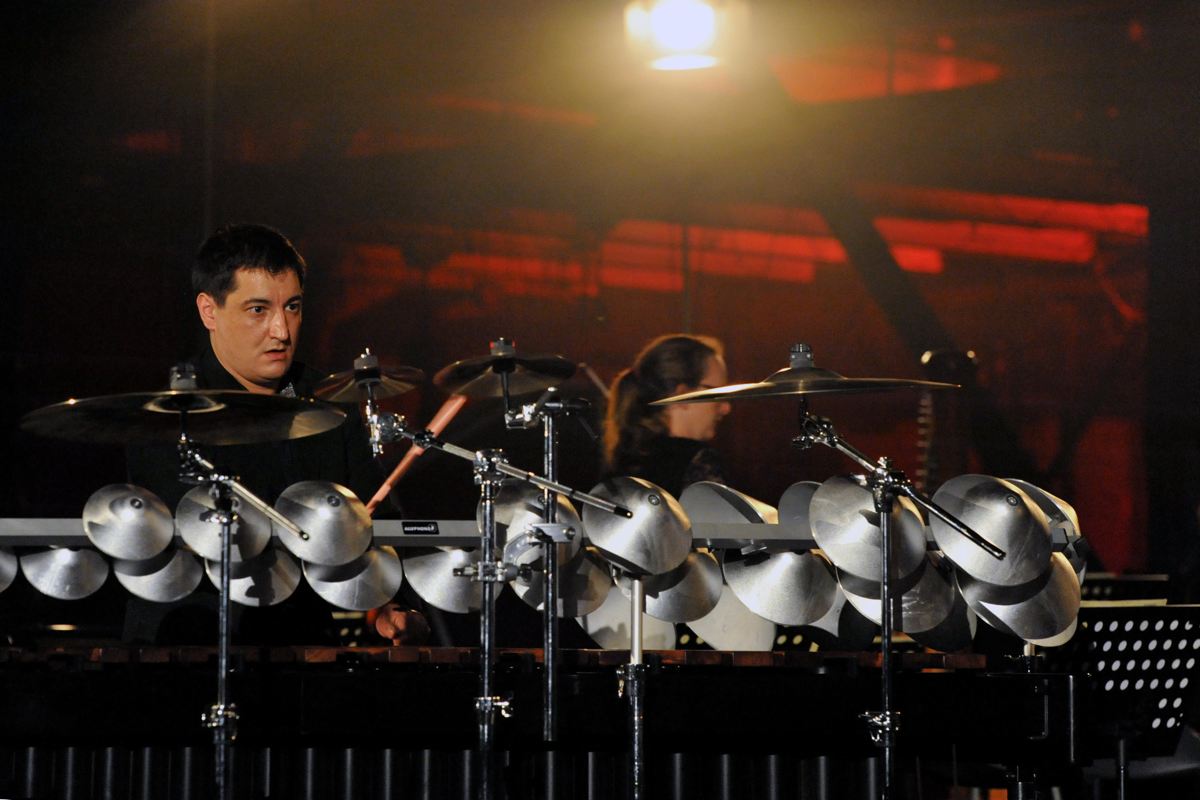 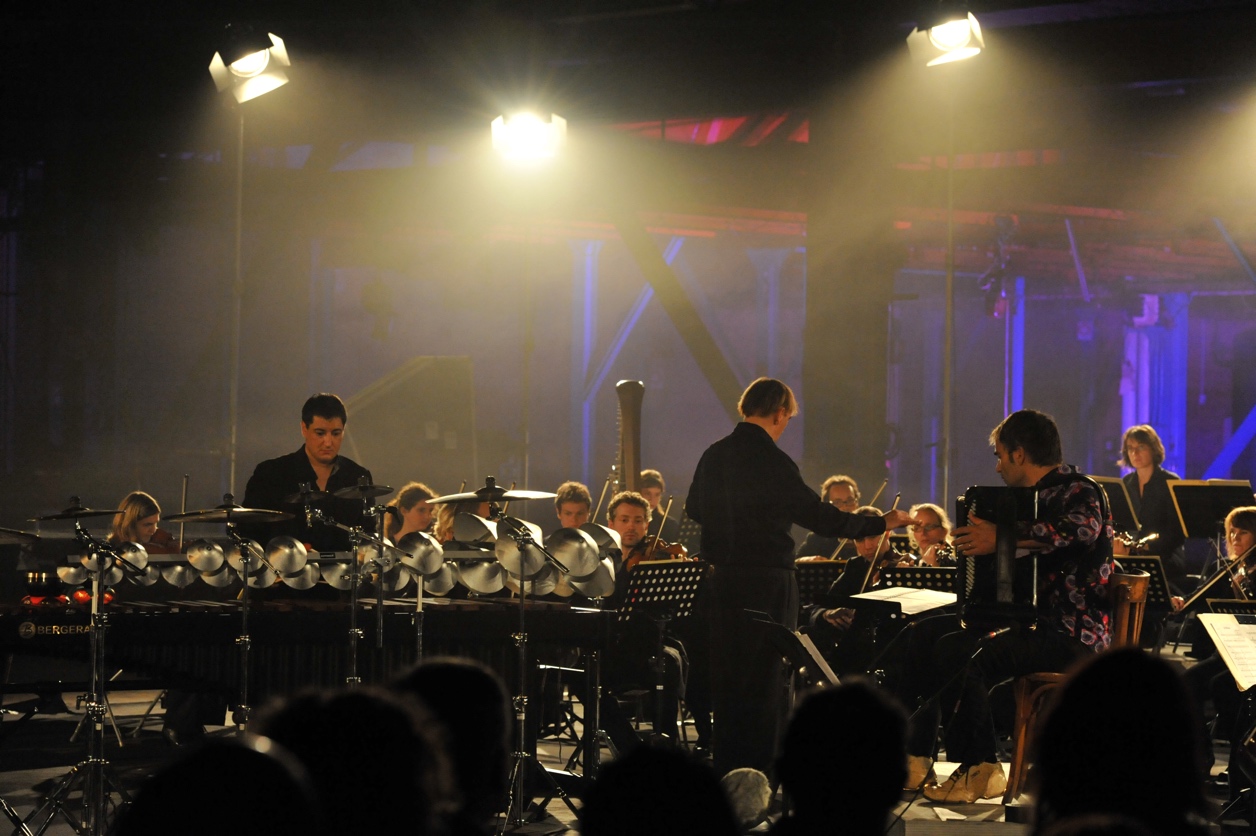 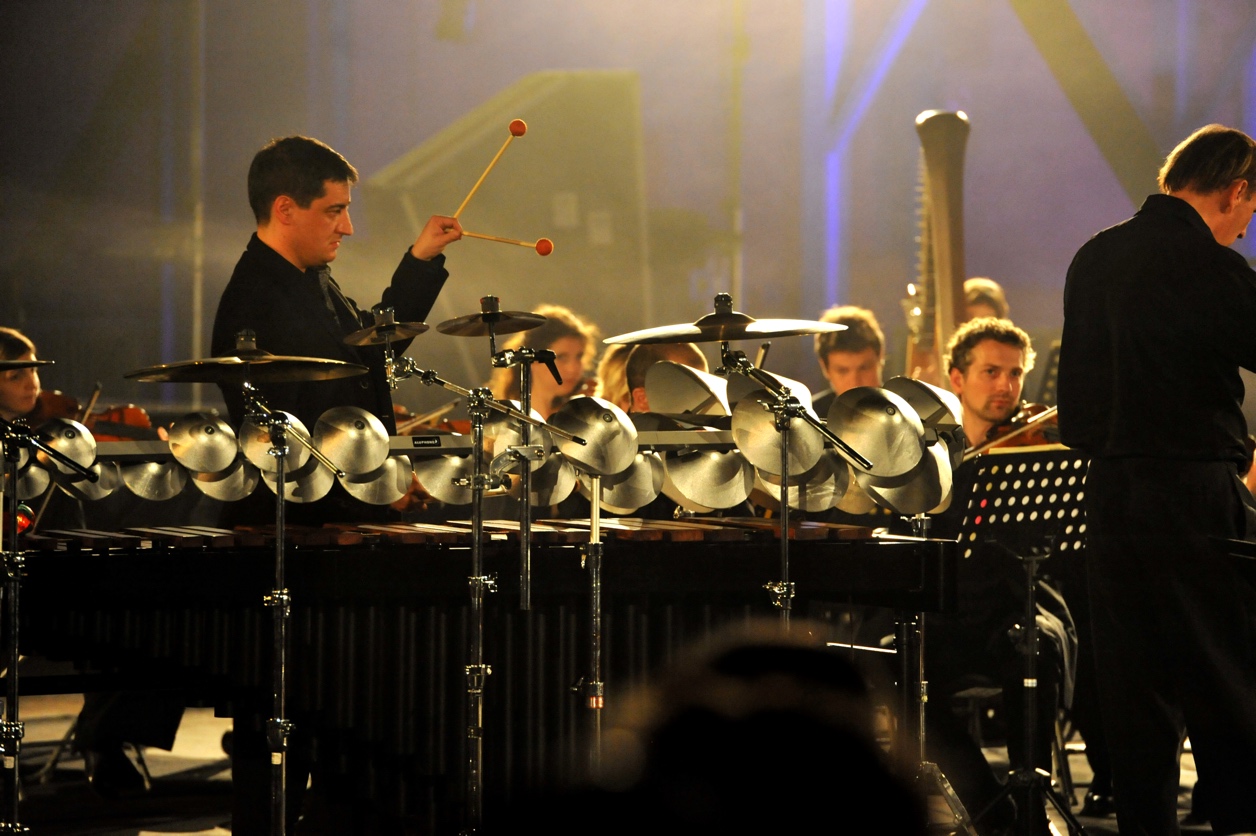 Laurent Mariusse, France
At the age of 7, Laurent Mariusse began his musical studies with drums. His learning path led him to the Conservatoire National Supérieur de Lyon in 1994, where he graduated in 1998 with a major in contemporary music.
He worked with composers Pierre Boulez, Peter Eötvos, Daniel Tosi, and François-Bernard Mache. These meetings influenced greatly his career orientation.

Alongside his studies, he plays chamber music, solist and with national orchestras.

He was invited, as solo performer, to the Festival des Arcs, the Paul Claudel Castle in Brangues, the Embarcadère in Lyon, the Percussion Days of Strasbourg and Paris, the Ecole Normale Supérieure in Paris, the Sonate d’Automne Festival in the Drôme region, with the Pays de Savoie Orchestra, and during the Jus de Fruit Concerts of the Why Note Festival in Dijon, he was given ‘carte blanche’. He also took part in a tour of recitals in the Isère and Drôme regions.

In 2002, he created, in France, the concerto for marimba and cord orchestra of Jiri Pauer with the Ensemble Orchestral of Isère.

His meeting with Anne Gastinel introduced him to the Bach music and the suites for cello adapted for marimba. He performed at the Flâneries in Reims and the Folle Journée in Nantes.

Invited with the pianist Wilhem Latchoumia at the Why Note Festival in Dijon, their performance of Karl Heinz Stockhausen’s Kontakte was highly acclaimed. He also played with Wilhem Latchoumia, Caroline Cren and Maxime Echardour Bela Bartok’s sonata for 2 pianos and 2 percussions, and Georges Crumb’s Makrokosmos III at the Rencontres Contemporaines in Saint Privat d’Allier.

Versatile musician and always seeking to mix the arts, he created « La paraphrase de l’aigle’ of Yves Prin on which the water colour artist Philippe Chaudat realised a painting. His work with Yves Prin led him to the theatre where he played the stage music, with the “In and Out” band, of Paul Claudel’s ‘Annonce faite à Marie’. More recently, he played for ‘Par dessus bord” of Michel Vinaver. Both plays were created and given at the Théâtre National Populaire in Villeurbanne, the Théâtre des Gémeaux in Sceaux and the Théâtre de la Colline in Paris.

At the Esch Theater in Luxembourg, he created « E pericolo non sporgersi », a musical and theatrical journey surrounding Cathy Berberian with Elisabeth Grard.

In July 2006, he created the show « What if Mozart… a game of musical dice » at the « Saoû chante Mozart” festival, honouring Mozart’s 250th birth anniversary. The show was for one narrator and five musicians – oboe, horn, piano, cello and marimba/vibraphone -.

He also created with « Kontakte » – Spanish percussion quartet – the « Suite for marimba and percussion quartet” of Emmanuel Séjourné.
Mad about improvised musics, he plays with the improvisation software OMax, designed by Gérard Assayag and the pianist François Nicolas. They perform together in Berlin, Paris, Clermont-Ferrand, and also with the trio USB – saxophone, sampler and percussions – with whom he improvises on animated films.

His favourite repertoire is Keiko Abe’s music for solo marimba, which he partially recorded on his first solo album “Saule”.

He was semi-finalist of the ARD in Munich and of the international music tournament. He also benefits from the support of Selmer Premier, MalletKat and Sabian.