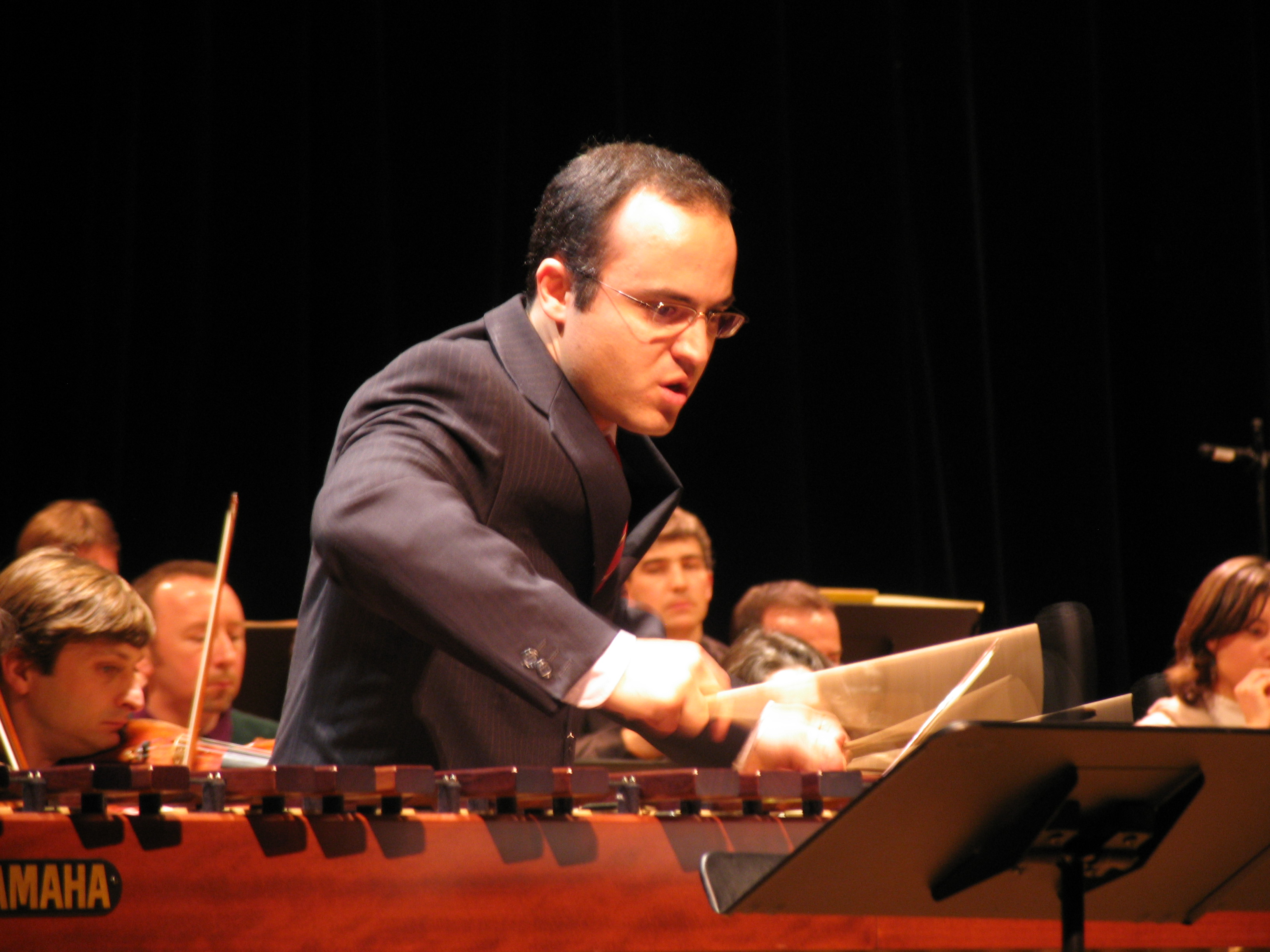 Today, Pedro Carneiro is acclaimed internationally as one of the world’s foremost solo classical percussionists and increasingly active as a conductor and composer. Pedro’s virtuosity, passion, explosive energy and emotional spontaneity have inspired several of today’s leading composers to write works specially for him. He has performed the world première of over 100 new works and collaborates regularly with a wide range of acclaimed musicians. An enthusiastic chamber musician, Carneiro has commissioned, performed and recorded over a dozen new quintets for marimba and string quartet, in the company of the Tokyo, Arditti, Shanghai, Latinoamericano, New Zealand and Chilingirian string quartets.

Pedro is also a passionate inventor: he has created many new accessories which are now entering the repertoire and being used by percussionists around the world; and is a keen improviser, performing in many experimental performances, often using live electronics and cutting-edge technology.